There’s an odd thing happening out there in the world. Some Mac owners are replacing macOS with Linux. While there are no numbers available to show how many are doing this, it’s something that has been happening for a while as you can see from this thread on Reddit. I have some thoughts of my own to share about this, and I’ll tell you in this post why some Apple customers might be moving to Linux on their Macs.

It seems like a strange idea, doesn’t it? People buying Apple’s Mac computers to run Linux? After all, most Linux users are thrifty people and would probably consider Macs to be relatively expensive compared to the cost of other computers. But nominal price does not necessarily equate to the real value of Macs for some users.

For example, Apple has a deserved reputation for industrial design that has helped it sell tons and tons of Macs and iOS devices. For good or ill, people like the way Apple’s products look and they are willing to pay more to get them. And I suspect that there are some Linux users out there who feel the same way, but probably don’t talk about it much publicly.

For some people there is real value in Apple’s line of Mac computers. They don’t see the price tag as a hindrance to buying one of them to run Linux, and they probably appreciate the build quality of Apple’s Macs. I certainly can’t blame them for that since Apple has an excellent reputation in that regard and it shows in the loyalty of its customers year after year.

But I suspect that some of them may also be saving money by buying used Macs instead of brand new ones. Amazon, for example, sells refurbished MacBooks, MacBook Airs, iMacs, and MacBook Pros on its site that are significantly cheaper than new ones bought from Apple’s stores or website. And these may work very well for Linux users that want to use Apple hardware without paying full price.

Apple hardware also seems to hold its value for longer periods of time than cheaper computers. Perhaps this is more because of Apple’s brand power, or maybe it’s because Apple’s computers work well even years after their initial release. I’m not sure which reason makes the most sense, but Mac users do seem able to sell their old hardware for good prices.

Another reason might be that nobody can quite match Apple regarding the design of its MacBook or even iMac lines of computers. The form factor of Macs screams elegance and, in the case of the MacBook Air, also provides a terrific portable computing experience. And it may be that some Linux users want that kind of hardware for their favorite Linux distribution.

Why Linux instead of macOS?

macOS itself is a fine operating system, it offers a wide range of software, and it has a good reputation as a stable platform for productive uses. But it is tethered to Apple, and that means that it is not as customizable as Linux, nor does it give users the deep control over their computing experience that Linux offers.

And I suspect that folks opting for Linux on their Macs want or need control of their computers in a direct way that isn’t possible to obtain with macOS. On the other hand, Mac users that stay with macOS are probably very comfortable remaining in Apple’s OS niche. They probably don’t see a need to venture out into other operating systems like Linux.

Linux also offers a massive range of different desktop environments, as well as many different Linux distributions to use with them. That may also be a key reason why some folks opt for Linux on their Macs. They may be bored with the look and feel or even the functionality or software selection of macOS, and may be looking for alternative desktop experiences. These Mac owners are probably distrohoppers at heart though they may not know it or be familiar with that term.

And some might also argue that Linux – depending on the distribution – can be significantly faster than macOS on the same Apple hardware. I can understand this since some Linux distributions require minimal hardware to run, so they could get quite a lot of mileage out of even an older or low-end Mac in a way that the latest version of macOS itself might struggle to match.

The challenge of running Linux on a Mac

One last reason might also explain why some Mac owners run Linux instead of macOS. They may consider it to be a challenge to get their favorite Linux distributions installed and running on their Macs. I can understand this need to give something potentially tricky a shot to see if it can be done, and done well.

Linux users are an adventurous lot, and they savor a challenge when it comes to running applications and operating systems on their computers. So it may very well be that they are opting for Linux on their Macs just to see if they can make it work. The harder the challenge, the sweeter the taste of victory!

Good for the Mac owners who run Linux

There are some in the Linux community who loathe Apple for various reasons. The very idea of putting Linux on Apple’s hardware probably leaves them with a bad taste in their mouths. They might roll their eyes or laugh at somebody trying to get Linux running on a Mac. But I disagree entirely with that attitude.

I think it’s great if a Linux user wants to grab a Mac and have at it. I’m a big believer in choice, and that includes hardware as well as applications and operating systems. If running Linux on a Mac works for you, groovy! I hope you have fun and enjoy your Mac computer with whatever Linux distribution you choose to run on it.

Are you set to take the plunge and get a Mac to run Linux? If so then use the links below to save money on your refurbished Mac. There’s no point in paying Apple top dollar for brand new hardware when you can get a great deal instead from Amazon. 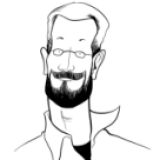 Jim has written opinion columns, reviews and roundups for many leading industry publications and sites over the years including PC Magazine, ITworld, InfoWorld, ExtremeTech, Salon, CIO, Forbes and many others.

9 replies on “Why do Mac owners run Linux?”

I find Apple hardware esthetically pleasing. However, the pricing leaves a lot to be desired. Hardware customization is almost non existent. Performance-wise Fruitco hardware is not that much different from non-Apple hardware, both desktop and laptop. If I could score an inexpensive Apple laptop, I certainly would put some Linux distro on it.

I especially bought an old macbook 2007 from ebay (in 2012), and installed Xubuntu on it (single boot)… I swear, this is awesome. Linux flexibility on this hardware! This machine could be flying for many years to come!

The reason for me was quite simple. The best hardware for the lowest price was a Macbook. If I bought Sony, Lenovo, HP or similar, the ones that had the closest spec in terms of screen resolution, weight, battery life, nvidia graphics card etc were more expensive and I’d still be paying the Microsoft tax rather than the Apple tax.

If you want a simple 1366 x 768 display there is a half decent choice without any OS. If you want something with high res, low wight, good battery life, there’s next to nothing. and certainly nothing with no OS. Apple and Microsoft are both as nasty as each other. Take your pick.

I will agree that Macbooks have fantastic build quality, but so does my ASUS. Once you get above a grand in PC prices, there is little difference in hardware and build quality.

My ASUS N-Series has a full aluminum body and a GTX 850m with a 4th gen i7. I do not believe you can even get a macbook with the 800 series cards yet, plus the cooling system on this particular laptop is a work of absolute magic. I added a solid state drive along with the mechanical drive and the price came out to about 1400.

Getting a comparable macbook pro would be 2 maybe even 3 thousand. This is the most solid machine I have ever owned (the first nice computer I have ever had).

Where mac gets it right is with screen resoultion and battery life, although a recent entry from Dell has a 4k screen with similar specs to what I have for about the same price as what I outlined above. The only apple computer that is really competative price wise is the air.

The ultrabook market is ridiculously expensive, and the air is actually decently priced in comparison. To each his own though, but I believe that the build quality thing is overstated a bit. Pretty much every offering in the 1100+ range is going to be as solid as a mac.

I have a Macbook Pro and I switched over to Linux last year. It has been a real challenge to install, but definitely worth it. There were two reasons I wanted to switch over to Linux: available software and power uses.

Although a lot of open source software is available on OS X, installing and maintaining that software can be a real hassle. And many times the software has a lot of bugs that are not present on a Linux install.

In terms of power uses, I have just been amazed by the number of things that I can do with Linux (for free!) that increase my productivity. Something as simple as installing GoldenDictionary has changed the way I write and research. I am sure that similar tools are available under OS X and Windows, but is it going to run as cleanly and quickly? And is it going to be free and open?

I run kubuntu on a Mac book 11,3. For me it was Linux first having been a power user and developer for a decade and a half. The reason for the Mac really came down to build quality, and the quality of some of the components.

As someone else said, an Intel is an Intel, is an Intel, but both the screen and the speakers are too notch. But for me, the shipping experience was the best. I could go to an store and see the very machine I would buy.

All local stores selling windows laptops didn’t really have any high end laptops. The few they did have either had awful screens, or are massive “portable work stations”.

Having a local place i can go for service would I have a hardware problem, some of the best customer service in the industry, really helped.

I upgraded a 2013 macbook harddrive to a ssd. Then I proceed to do a dualboot install of both archlinux and OS X.

One thing I noticed that bothers me a lot about the linux install, power management. The laptop heats up! What is the best solution to this, for all the mac hardware linux running folks out there? A certain package? A more optimal distro — concession, I kinda like arch and the whole always up to date rolling release model.

(Supposing that you haven’t found anything yet) Have a look at
https://github.com/MikaelStrom/macfanctld
I haven’t tried it with arch yet, but with most debian based distros it works flawlessly.